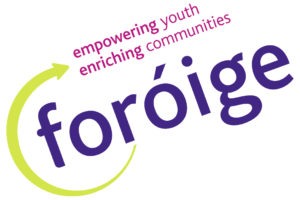 Westmeath County Council is working with with Foróige & Tidy Towns Group to make an alternative to chemical weed & moss killers. The “Greener Gardening” booklet, previously funded under the LAPN, is being as a guidance document in this project.

The local authority met the project group and researched organic weed & moss killer for use by Tidy Towns’ work in the community. The group carried out a survey in the community to establish existing usage of chemical/organic sprays, research alternative sprays, prepare and test sprays at a workshop, monitor and evaluate sprays, prepare stickers & bottles to circulate to community to use.

The effect of chemical weed and moss killers (commonly used) are in direct contradiction to the Tidy Towns competition that includes categories for “Sustainable Waste & Resource Management category” & “Wildlife, Habitats and Natural Amenities”. The aim of this project is rectify this anomaly.

This project also supports the prevention of hazardous wastes to households, communities and small businesses building on effective initiatives and disseminating best practice through the region – another Tidy Towns objective.

The partners with Westmeath County Council are: