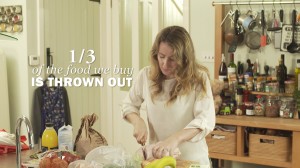 Food waste continues to be an issue that Monaghan County Council continues to address within its waste prevention programme. In 2016/2017 two projects are being undertaken:

Monaghan County Council produced a household waste prevention YouTube video in 2013. With the introduction of pay by weight in July 2016, this video could be further utilised to promote food waste prevention in a very different payment environment for the householder. Monaghan County Council has enhanced and promoted the video in the region in this regard.

In 2015 Monaghan County Council along with a company called Profit Watch conducted an assessment of food waste in 10 establishments in County in order to benchmark waste as a percentage of the total purchases for the week, with a target of 12% food wastage. Now Monaghan has expanded the dataset so that the benchmark is more robust. With this in mind the local authority has recruited 3 more establishments in County Monaghan.

The project has also been expanded to other Counties within Connaught/Ulster Region, to Roscommon and Sligo and to Longford in The Eastern Region. Eight extra establishments have benchmarked their food waste as a result.

Work with at a minimum 5 of the existing establishments in Monaghan has been undertaken to obtain better data on where and how food is wasted, using the CTC methodology. MCC is now working towards reducing the establishments’ food waste towards the target of 12%