LAPN local authority staff from Monaghan County Council carried out four waste characterisation studies during the year and compared current levels versus those in 2009 for waste.

By analysing available data two benchmarks have been produced for schools.

A waste to landfill benchmark has been produced which shows that the work being undertaking in schools in bearing fruition when comparing 2009 to 2013 data. 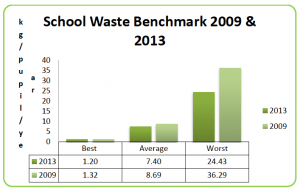 Two seminars, one for teachers and one for parents, were held during 2013. 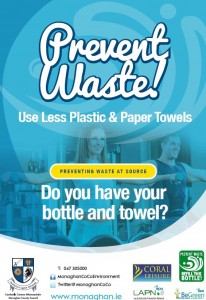 Finally, a foldable, reusable water bottle with a catchy waste prevention message on it was purchased for school students. These will be distributed during 2014.