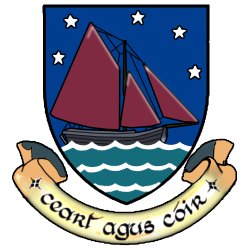 Details of waste arising in Galway County Council headquarters for the past number of years has been collated and analysed by the local authority.

The initial campaign was based on the preparation of posters and table toppers in addition to an email campaign. Following initial results, it was decided to increase the target audience for this campaign to not only include GCC staff, but also the general public.

The information has been designed to be delivered through social media and will be target based. It is intended to launch the project during the third quarter of 2016. This is a bilingual campaign.