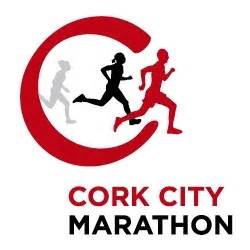 The 2015 LAPN Cork City project targeted the Relay Team runners in The Cork City Marathon to promote the use of reusable sports bottles during training before and after the marathon.

The marathon registration took place at an Expo held in Cork City Hall over the bank holiday weekend. The Environmental Awareness Officer staffed an information stand publicising the use of reusable bottles and its benefits to the environment and costs. Pull-ups posters were used at the stand.

With 10,000 runners participating in the Cork City Marathon it is estimated that if each runner training for 3 months before the marathon was to consume & dispose of a plastic bottle a day this could equal 900,000 bottles. By encouraging a switch to reusable bottles the quantity of plastic packaging would greatly reduce.

The relay runners were targeted in 2015 as research with the organisers of the marathon felt that this group would appreciate a reusable container and therefore be more likely to continue to use it after the event. A leaflet encouraging a switch from single use bottled water to use of a durable, reusable bottle was included in the Relay Runners Goody Bag. Pop Ups about the environmental benefits of using a reusable water bottle were on display at the Marathon Expo and have subsequently been used by other local authorities. The City Council’s Health & Fitness Team wore specially designed t-shirts during the marathon & has continued to use these during their training sessions.

Three newspaper articles and accompanying photos promoted the project these were in the Evening Echo and Irish Examiner.