Dún Laoghaire-Rathdown (DLR) County Council and Business in the Community Ireland (BITCI) are undertaking a collaborative project aimed at building capacity from a resource efficiency perspective in Small to Medium Enterprises (SMEs) in the region. The project is being delivered in partnership with three large employers in the county – namely SSE Airtricity, the Musgrave […] 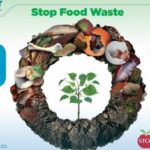 Community Based Food Waste Workshops and Calendar in Dún Laoghaire-Rathdown

Dún Laoghaire-Rathdown County Council (DLRCC) has delivered a series of community based food waste workshops in collaboration with VOICE. In addition, and with input from the course participants, a food waste calendar was produced for distribution to participating communities as a means to share the wealth of knowledge gained. Two sets of workshops were delivered, […] 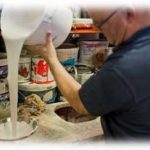 Dun Laoghaire Rathdown (DLR) County Council has worked on a project to prevent hazardous waste, through the reuse of paint. The DLR project involved a partnership with the Rediscovery Centre in Ballymun and focused on reusing paint. The Rediscovery Centre runs a paint reuse project ( Rediscover Paint) whereby unused water-based paint is collected, remixed […] 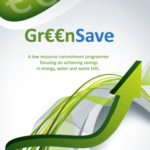