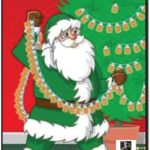 Cavan is celebrating EWWR on Saturday 24th November in Cavan Town with the launch  and premiere of a documentary video about the Greening of the Fleadh Cheoil as well as a range of other activities. Here is the lineup: Music Bands in Market Square from 12 – 5.30pm Green Fleadh 2012 Movie Premiere – Free […]

Cavan is gearing up for Fleadh Cheoil na hÉireann 2010 which will be the first Green Fleadh  – ‘An Fleadh Ghlais’. As part of its work on the Green Fleadh, Cavan County Council is undertaking several initiatives and working with pubs and restaurants in Cavan Town and environs, providing them with: An Enviromental Policy Advice […]